The Beginning, The End and The Pursuit of Happiness

Many of us get caught wandering from one aspect of ourselves to another.  For those of us with strong personality swings, the tearing away can become overwhelming.  Some days I can only wish for silence.  Some days I want stillness.  Some days I am so anxious I need to scream.  Will creativity sweep me away today?  Will I be blessed by boredom tomorrow?  What will that bring?

Personally I spent many years disappointed in my own progress toward any particular direction.  I felt capable of making anything happen.  However, what that anything was going to be....eluded me.  When I finally discovered glass art as a medium of expression, I knew an important question had been answered.

As with any important question, the answers can be murkier in the depths than in the shallows.  By discovering glass art, I mistakenly assumed I had found myself.  The complicated act of finding a rewarding outlet took me more than 25 years to  actualize.  The temptation was to relax into the art form and enjoy the rest of the journey at leisure.  But dreams of what I wanted to create did not realistically represent my abilities.  In order to physically achieve my imagination's desires and mentally prepare for the rigors of the challenges faced  I would need to work very hard.  I would need to practice every day.

I began to adopt a philosophy about myself.  Primarily, I realized that no one finds themselves... they reveal themselves. I also realized that I am many men sharing the same body, yet separated by time.  However, I choose to focus on two abstracted realities of my character.   They are the man I am today and the man I want to be in the future, who has revealed himself through refinement.   Choosing to interpret these two forms of self as spheres of influence each represented by 360 degrees and tethered together by a course of actions in time, the concept of 720 came to mind:    Working hard today experimenting, exploring, practicing, dreaming, researching, and refining is the only way to bring these two aspects together... to be 720 degrees.

So what is 720?  Quite simply 720 is today... it is that feeling of confidence one gets when they know they are walking the talk and their choices have made them a better person day after day.  It is the attitude that says today I am enacting the transition, I am forming the nexus, and I am becoming a person I hope to be.  And this for me is the pursuit of happiness.  (Ephesians 4:20-24) 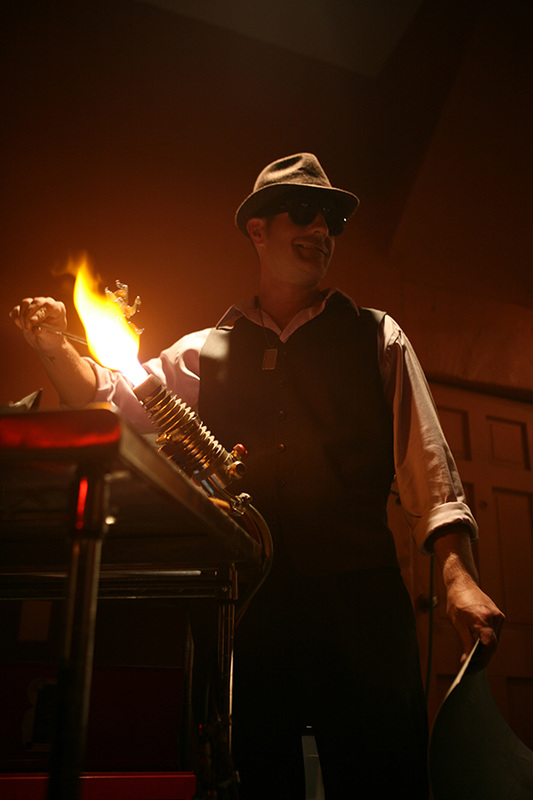